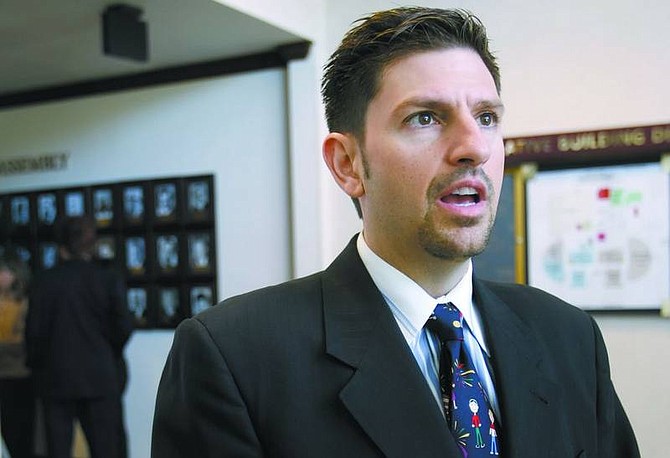 Chad Lundquist/Nevada Appeal Assemblyman Mark Manendo, D-Las Vegas, talks with media about AB8 at the Legislature on Monday. The bill will make streets safer by ensuring people don&#039;t leave jail after a DUI arrest when they are still drunk or under the influence of drugs.