'Lend Me a Tenor' is a farce on key 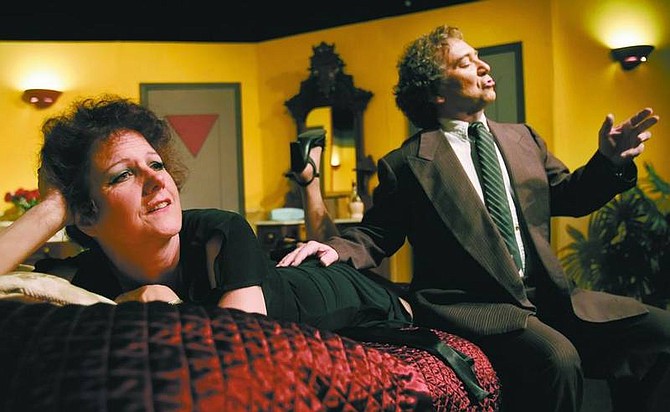 Chad Lundquist/Nevada Appeal photos by Karen Chandler and Jim DeZerga rehearse their roles in &quot;Lend Me A Tenor&quot; at the Brewery Art Center on Monday.