Priest ordination on June 3 for Episcopal Diocese of Nevada 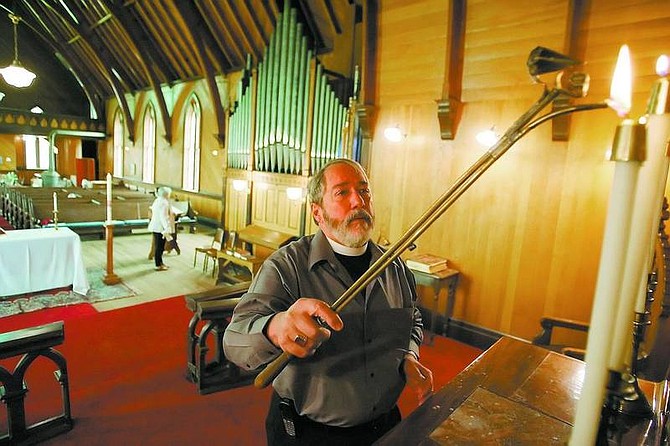 BRAD HORN/Nevada Appeal Dan Lediard lights a candle in St. Paul&#039;s Episcopal Church in Virginia City on Wednesday morning. Lediard will be ordained as an Episcopalian priest on June 3.