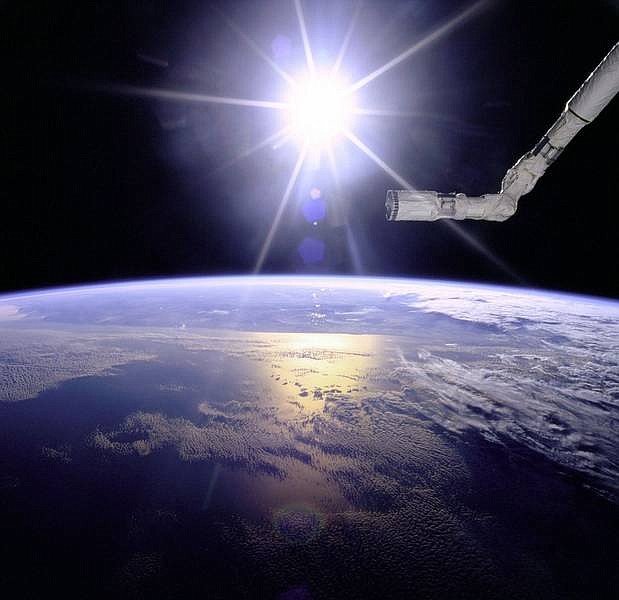 Courtesy of Earth Sciences and Image Analysis Laboratory/NASA Johnson Space Center This photo released by NASA shows a sunburst view of the Space Shuttle&#039;s robot arm over a cloudy Earth taken June 1,1996, during the flight of Space Shuttle Endeavour.