Outfoxing time and a tawdry past 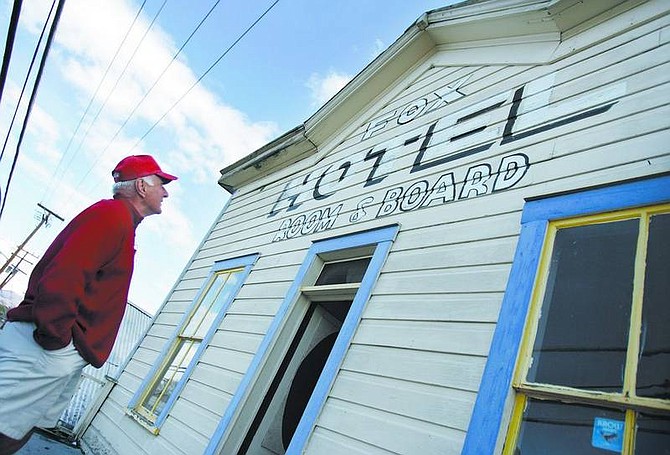 Chad Lundquist/Nevada Appeal Tom Snodgrass looks at the sign on the old Fox Hotel while talking about the future of downtown Dayton on Wednesday. Snodgrass says, &quot;We think that Old Town Dayton can be something special.&quot;