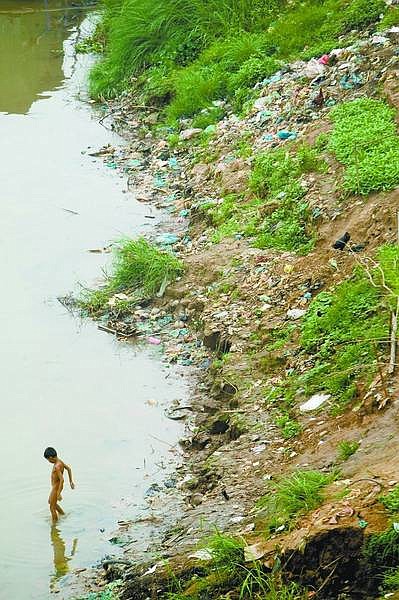 Rick Gunn/for the Appeal A young boy descends into the Mekong River near Phnom Penh, Cambodia, for his morning bath.