Adopt A Highway signs pulled after scrap with state 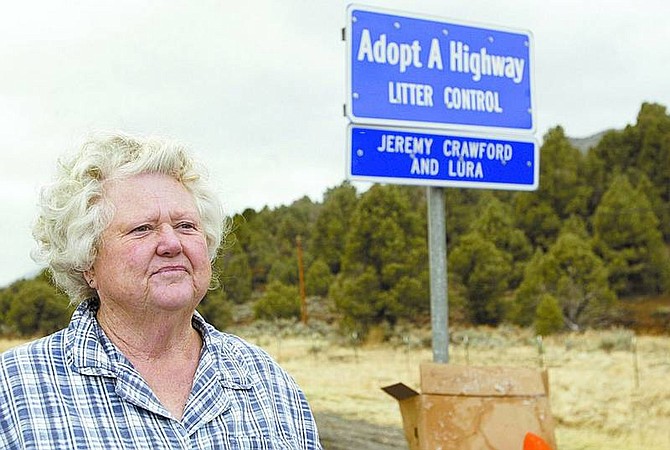 Shannon Litz/Appeal News Service Lura Morrison stands on Highway 395 south of Pine Valley Road where, until a recent disagreement with the state, she picked up garbage since 1978.