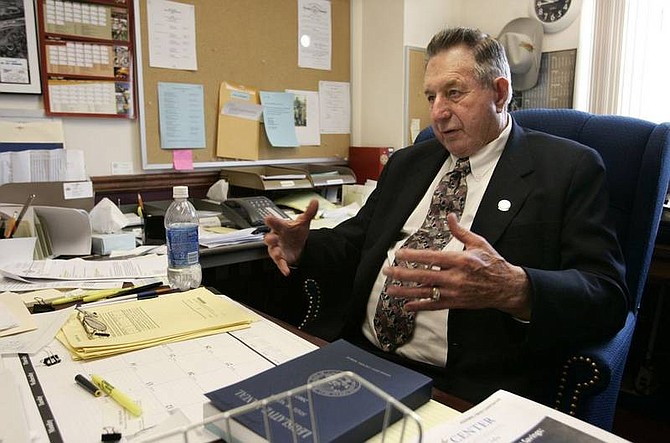 Cathleen Allison/Nevada Appeal Nevada Assemblyman John Carpenter, R-Elko, talks Friday from his office at the Legislature. Carpenter testified earlier Friday on a measure which would change rules about who can sit in on a divorce hearing.