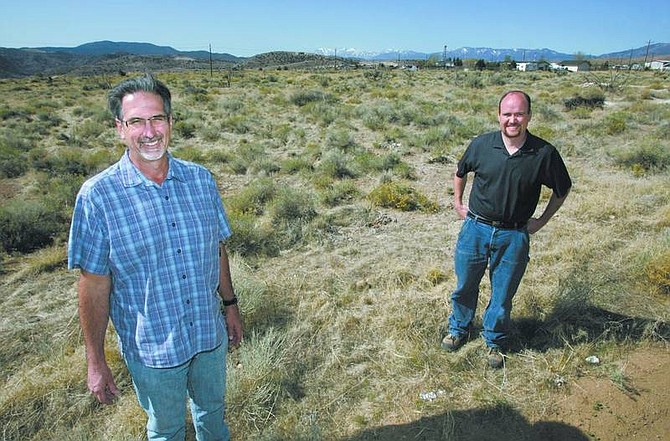 Cathleen Allison/Nevada Appeal Bill Miles, of Miles Construction, left, and CPA Phil Cowee stand in an area in Mound House where their proposed development will be.