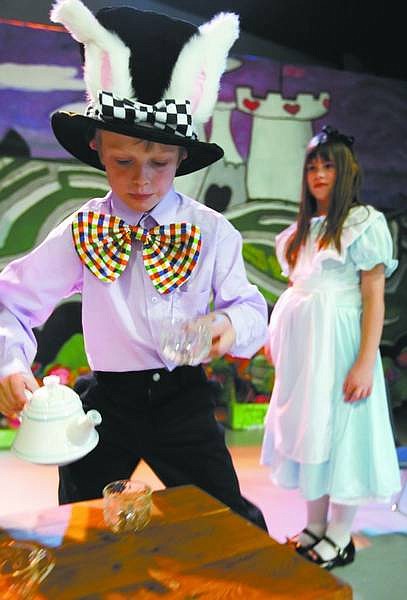 Chad Lundquist/Nevada Appeal Fritz Filson, portraying the March Hare, and Mariah Terjo as Alice rehearse a scene from &quot;Alice in Wonderland&quot; Wednesday at the Children&#039;s Museum of Northern Nevada.