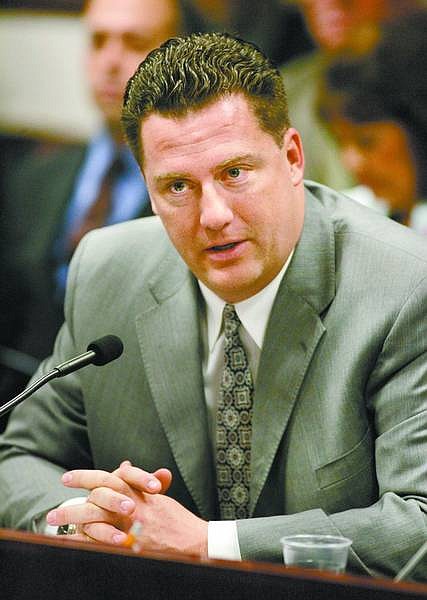 Cathleen Allison/Nevada Appeal Nevada Assembly Majority Leader John Oceguera, D-Las Vegas, speaks Wednesday, at the Legislature. Oceguera presented a proposal to allow private companies to build and profit from high-tech ports of entry that would use X-ray machines to scan trucks for contraband and human smuggling.