A Japanese 'river' in a Carson lawn 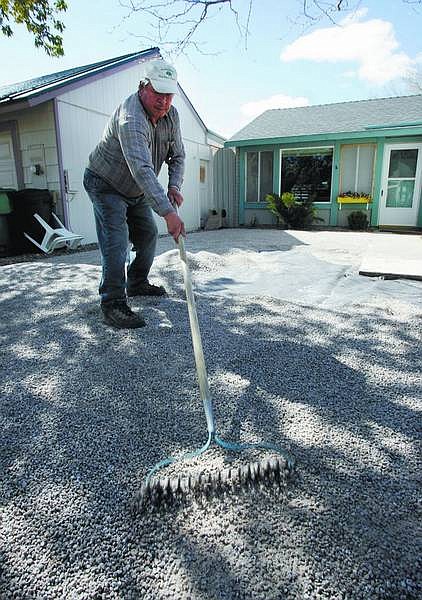 Chad Lundquist/Nevada Appeal Villagrana, an employee for Green House Garden Center, works to smooth gravel in a Japanese-style garden being installed as an alternative to a lawn.