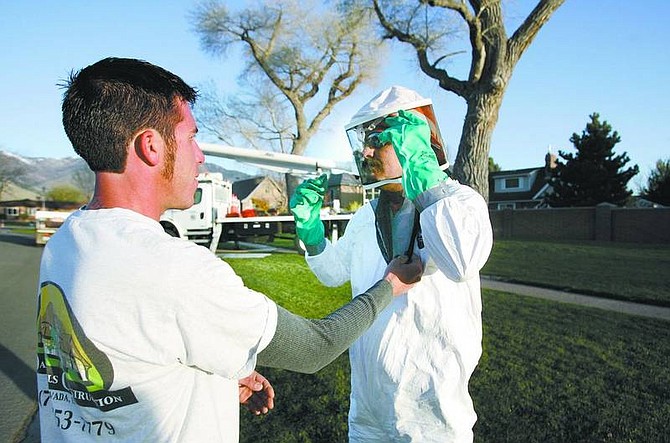 photos by Cathleen Allison/Nevada Appeal Beekeeper Gordon Vizenor, left, helps Carson City arborist Vern Markussen prepare for the removal of a beehive from a large cottonwood tree in Monte Vista Park on Thursday morning. The crew removed a four-foot section of the tree, containing the hive, from about 60 feet up the tree. Despite waking the bees up with his chain saw, Markussen only received one sting on the jaw during the whole process.