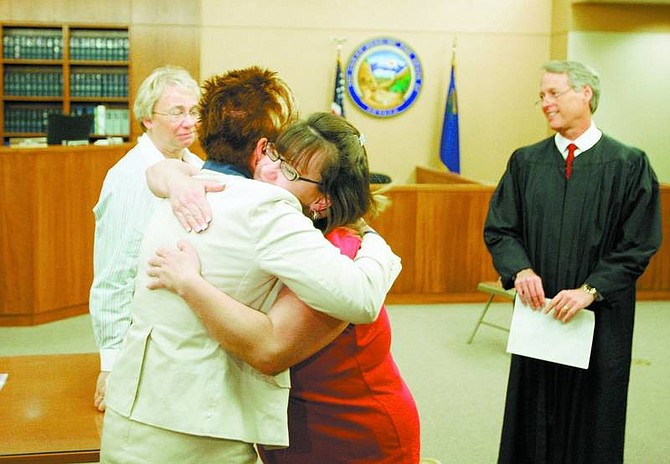 BRAD HORN/Nevada Appeal Marie Saxon hugs mental health director Lisa Treinan while Judge John Tatro looks on after Sexon graduated from the program on Wednesday. Sexon has been clean from all drugs for more than a year, after battling a 20-year drug addiction.