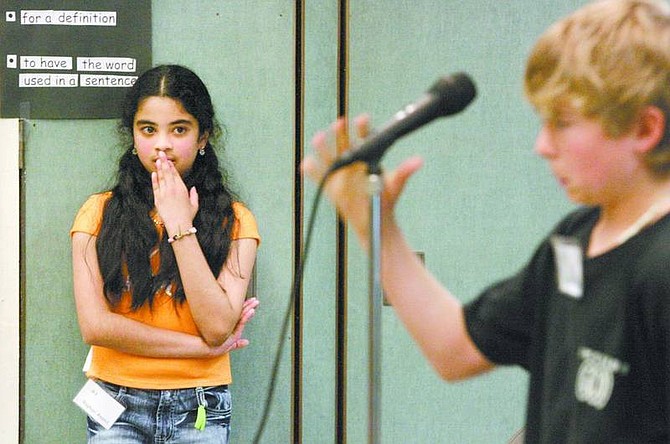 Cathleen Allison/Nevada Appeal Raghavi Anand, 10, waits nervously to hear whether Gehrig Tucker spells his word correctly in the final round of the spelling bee at Bordewich-Bray Elementary School. Thirty students participated in the school&#039;s first spelling bee for third- to fifth-graders Thursday with Anand winning after the group spelled 186 words.