Warming up and learning 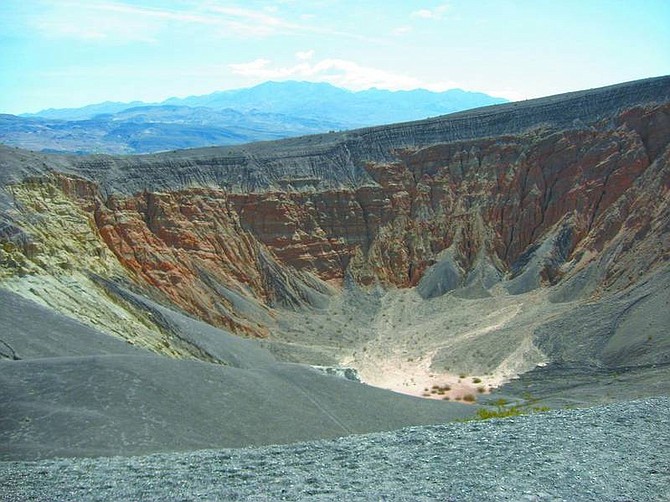 photos by Kelli Du Fresne/Nevada Appeal Ubehebe Crater at Death Valley National Park is about 2,000 years old. It was created when groundwater heated by magma turned to steam and exploded. The crater, a half mile across and 500 feet deep, spewed rock over a six-square-mile area.