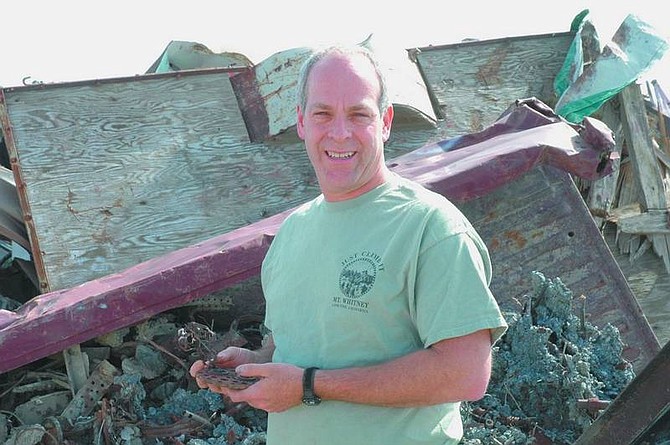 Nevada Appeal News Service Ron Fritcher picks out pieces of junk from the Western Salvage Yard between Fallon and Silver Springs with an eye to creating recycled art.