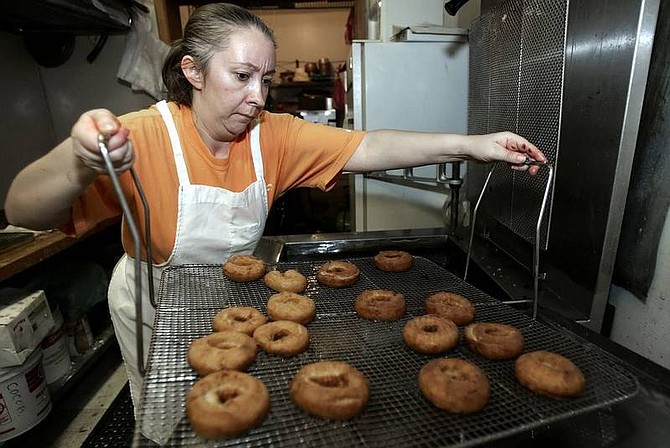 Elvira Diaz, owner of Sierra Bakery, fries doughnuts at her shop in preparation for Mexico&#039;s day to honor workers today. Diaz said Cinco de Mayo is not celebrated as a party in Mexico, but more as a civic celebration. Chad Lundquist/ Nevada Appeal