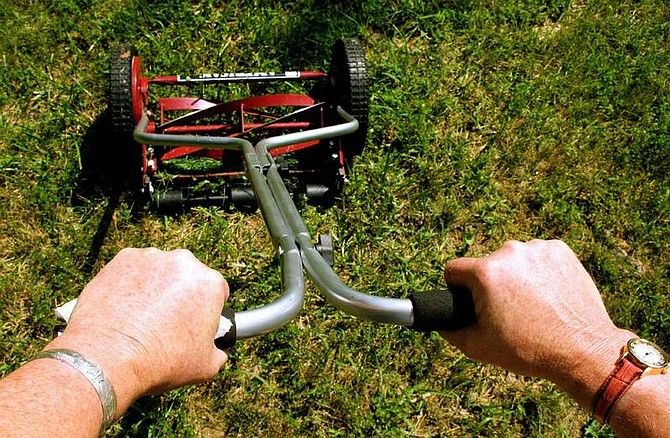 Dean Fosdick/Associated Press Conventional reel mowers, like the one shown in this July 16 photo, are returning to use in many residential yards. They&#039;re replacing the noisy, gas-powered models that throw pollutants into the air, contributing in part to global warming.