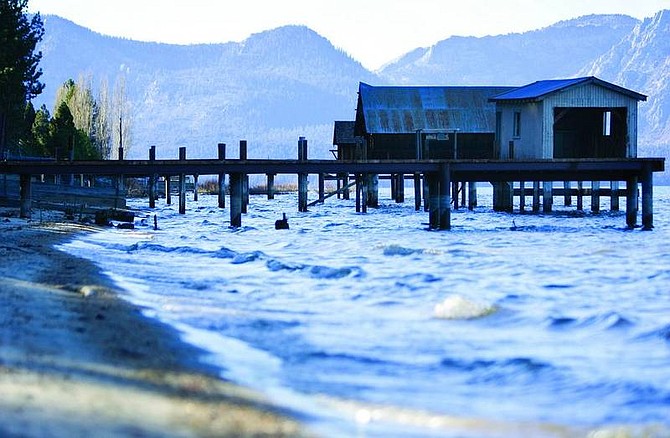 Jonah M. Kessel /Nevada Appeal News Service Docks and piers are seen jutting into Lake Tahoe near El Dorado Beach on Nov. 27. Lake levels are reported to be down 2 feet from this time last year.