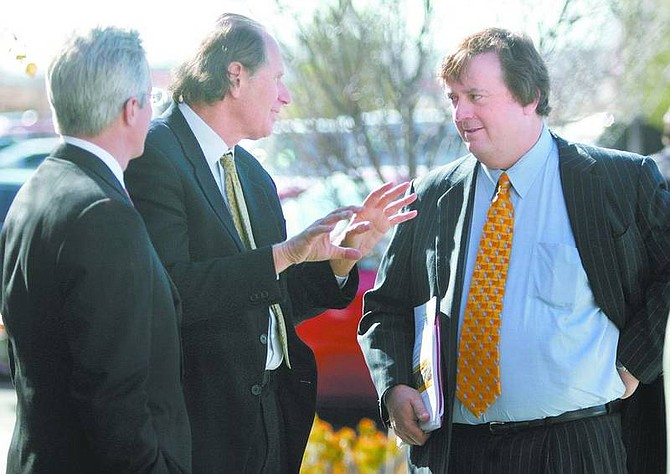 Cathleen Allison/Nevada Appeal From left, Jim Coulter and David Bonderman, executives of Hamlet Holdings, talk with Harrah&#039;s chief executive Gary Loveman outside the Gaming Control Board on Wednesday. Hamlet Holdings received preliminary approval from state regulators to go ahead with the private equity purchase of Harrah&#039;s.