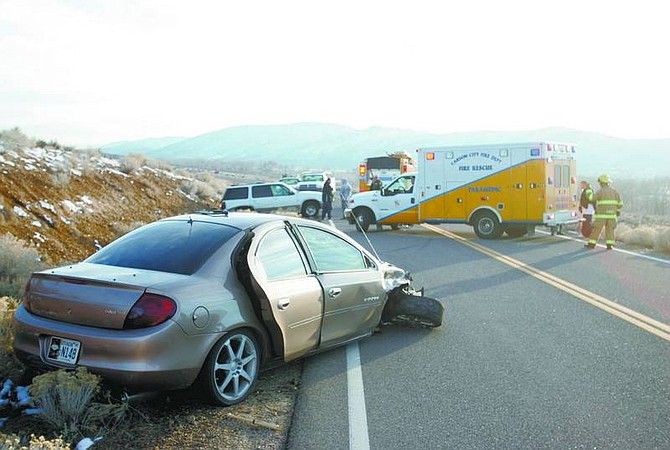 BRAD HORN/Nevada Appeal One of the cars involved in an accident on Deer Run Road sits disabled on the side of the road Wednesday. The occupants of the Dodge Neon claim they were being chased by a white sedan that left the scene of the accident.