Man to be charged with attempted murder in deputy shooting 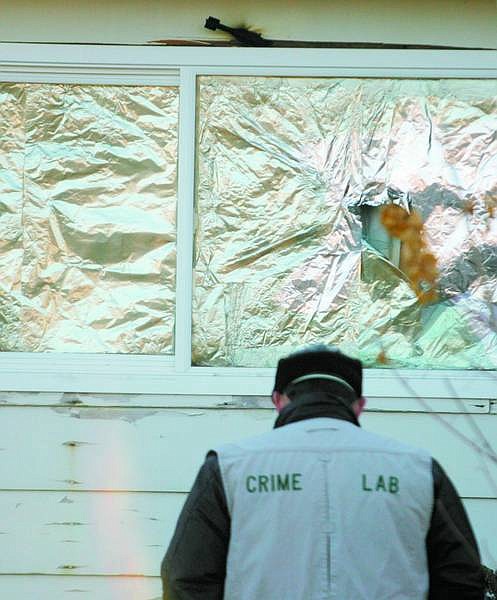 BRAD HORN/Nevada Appeal A crime lab investigator works the scene at 1515 Fall St. where Carson City Sheriff&#039;s Deputy Joshua Stagliano was shot during a drug investigation early Thursday morning. Pictured at the top of the window is a (flare) fired by the S.W.A.T. that failed to enter the residence.