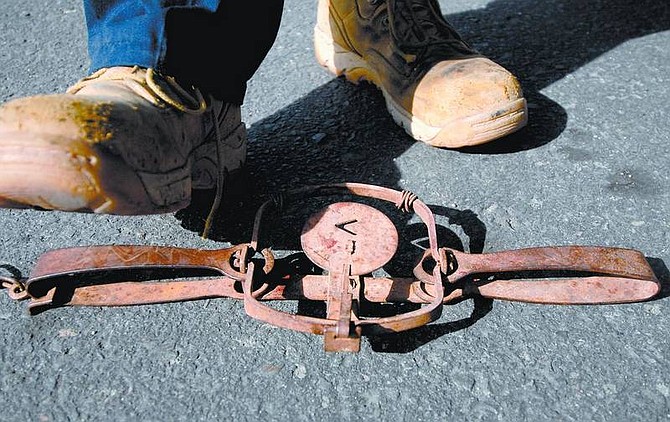 Kevin Clifford/Nevada Appeal Larry Ryan shows the trap that ensnarled the front right leg of his dog, Cora, near his Virginia City home.