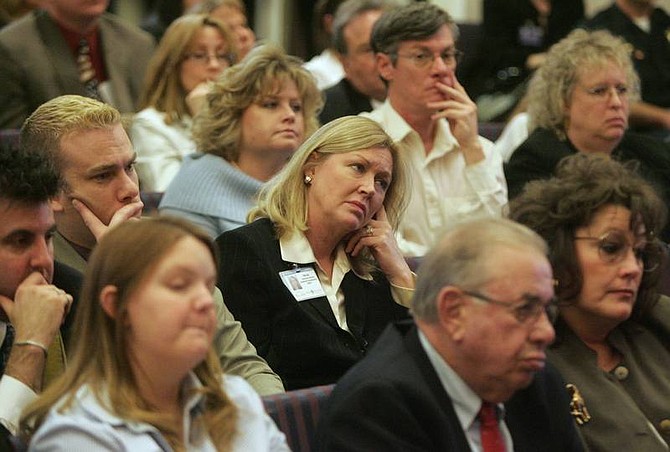 BRAD HORN/Nevada Appeal Tricia Larmer, of West Hills Hospital in Reno, center, listens during a methamphetamine presentation before the Assembly Health and Human Services Committee and the Senate Human Resources and Education Committee at the Nevada State Legislature on Wednesday.