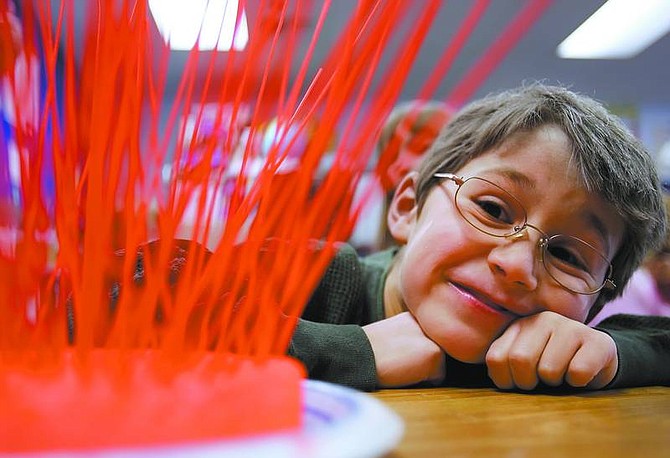 Chad Lundquist/Nevada Appeal Sutro Elementary School first-grade, Austin Mitchell, 7, celebrates the 100th day of school by building a spaghetti sculpture with 100 noodles as well as dressing up as a 100-year-old man.