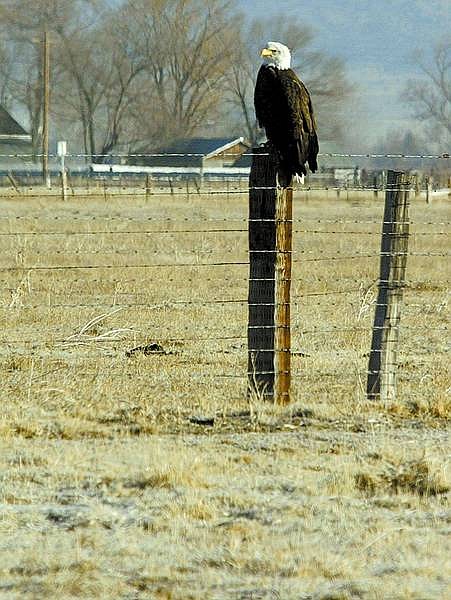 Shannon Litz/Nevada Appeal News Service A bald eagle perches on a fence post at the Heise Ranch on Highway 88 in Douglas County on Feb. 2.