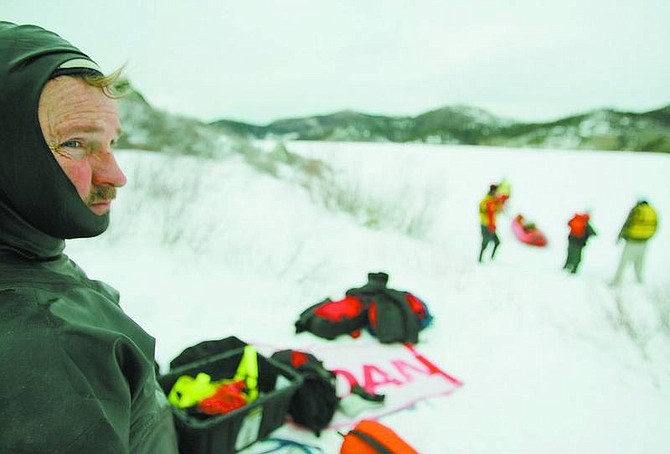 Dan Lee, a diver with the Washoe County Search and Rescue Hasty Team, takes a break after surveying the wreckage of a small plane on a frozen Marlette Lake near Incline Village on Thursday. The pilot Steve Brown had been missing since Wednesday. Brad Horn/ Nevada Appeal