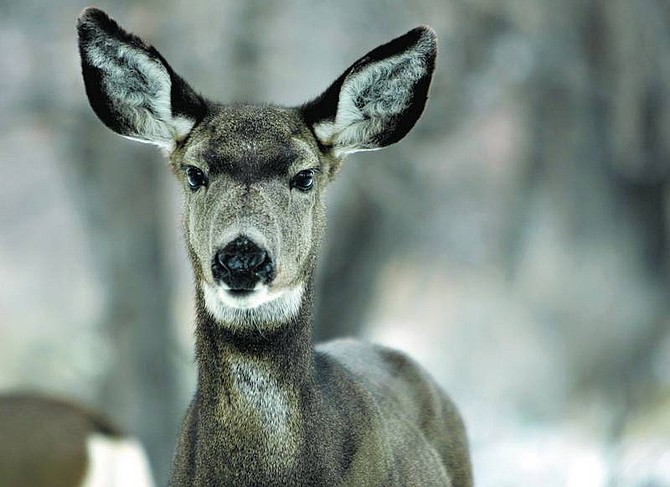 Chad Lundquist/Nevada Appeal A mule deer stands in a clearing near the Genoa post office.