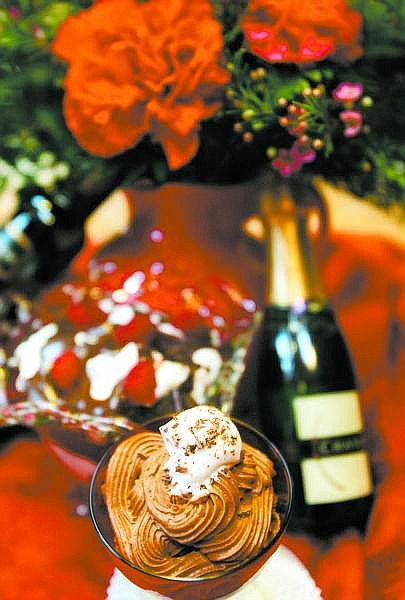 BRAD HORN/Nevada Appeal After a failed attempt at cupcakes, Linda Marrone made mousse and a chocolate trifle.