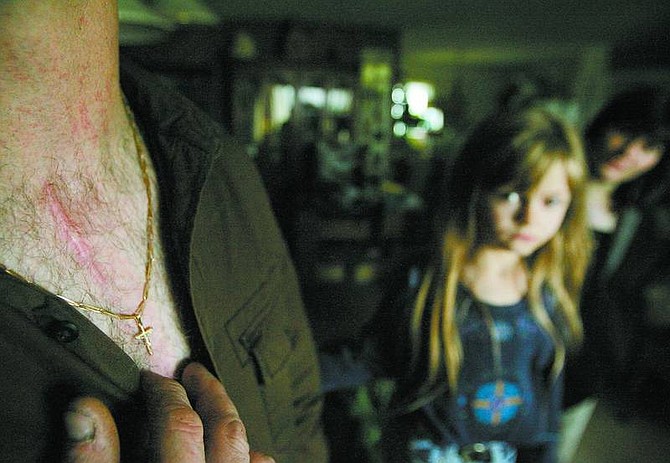 photos by BRAD HORN/Nevada Appeal Brian Rasmussen shows a scar from one of his heart surgeries, while his daughter, Alyssa, and wife, Kristi, watch on Saturday in Washoe Valley.