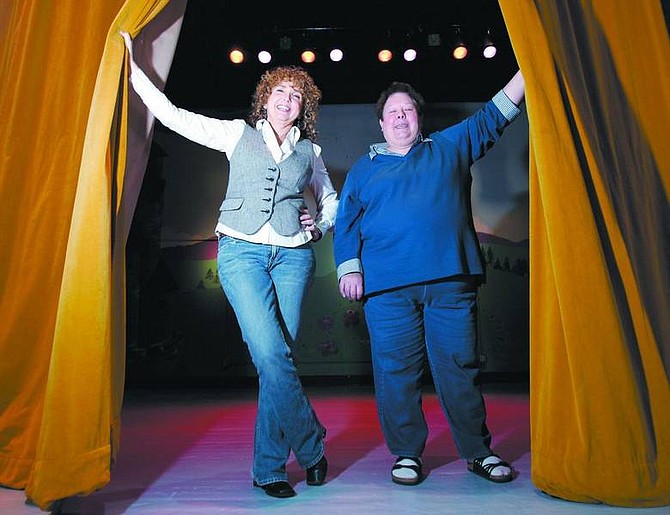 Carol Scott, left, and Pat Josten stand on the stage of the Children&#039;s Museum of Northern Nevada on Wednesday afternoon. The women founded Wild Horse Productions in partnership with the museum to bring more children&#039;s theater to the area. Auditions for their first production will be held Jan. 13. Chad Lundquist/ Nevada Appeal