Fazekas expected not to play against San Jose St. 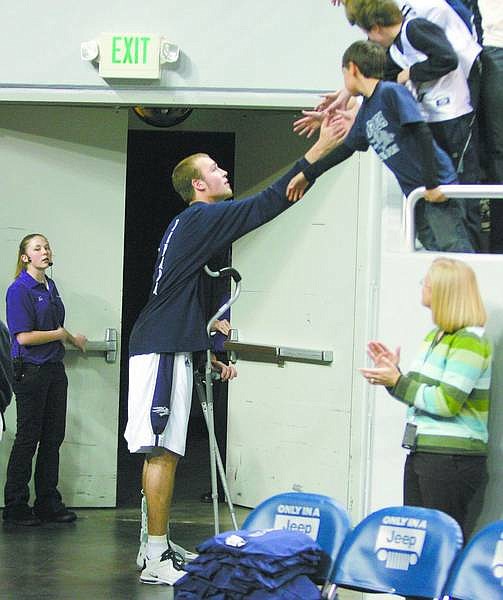 Nevada&#039;s Nick Fazekas shakes hands with fans after their college basketball game with Boise State in Reno, Nev., on Monday, Jan. 8, 2007. Fazekas injured his ankle in the first half. (AP Photo/Brad Horn)