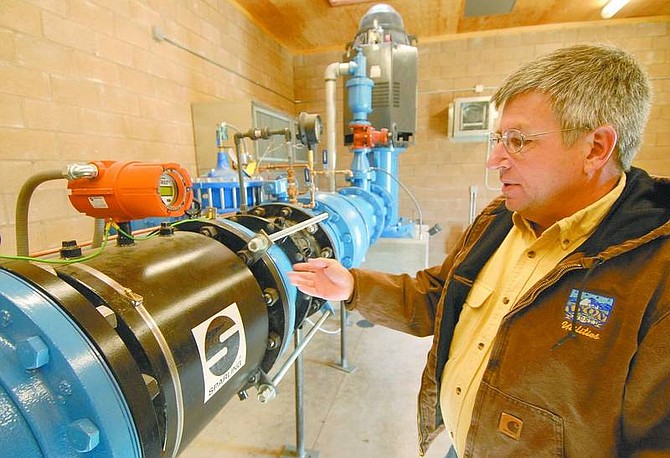 photos by Kevin Clifford/Nevada Appeal Mike Workman, director of the Lyon County Utilities Department, explains on Monday how the new infiltration well, labeled &quot;Rolling A Well,&quot; in Dayton, operates. The well handles about 250 pounds of water pressure, and cost about $2.5 million dollars to construct and integrate in the community.