Justice Rose says it's time to step aside 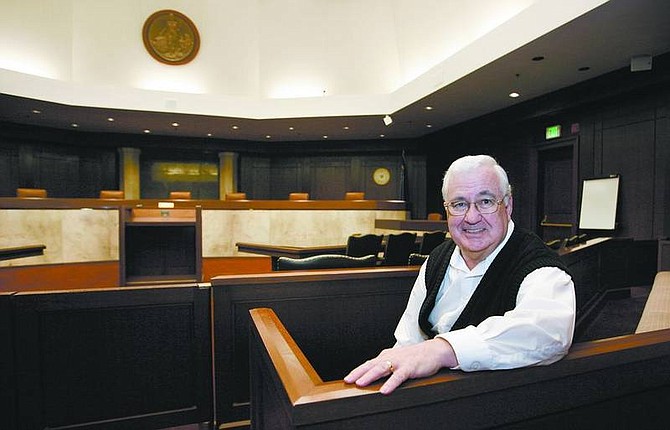 Cathleen Allison/Nevada Appeal Former Chief Justice Bob Rose talks from the Nevada Supreme Court on Friday. Rose, who retired after 18 years on the bench, says his wife is looking forward to watching TV with him at night without him having a legal brief on his lap.