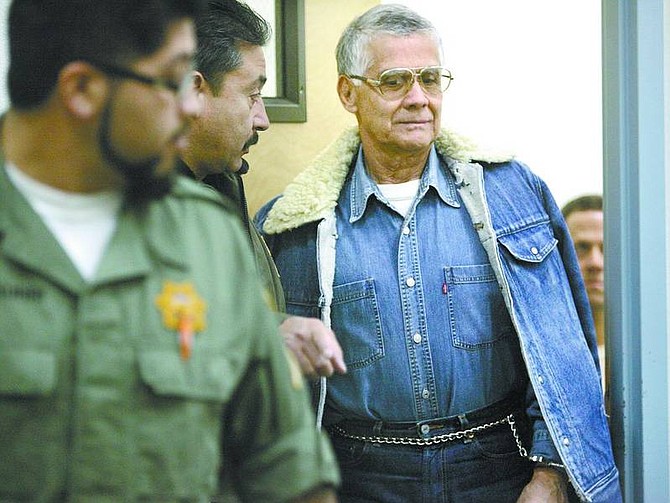 Robert Gonzales, right, appeared before the Parole Board on Tuesday in Carson City. Gonzales, who was convicted of killing his wife in 1985, received commutation of his life sentence from the Pardons Board in November, which allowed him a chance before the board. It will announce its decision in three to four weeks. Cathleen Allison/Nevada Appeal