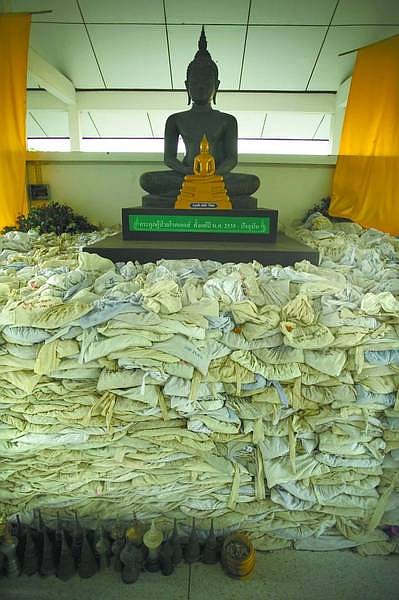 Pictured above are the cremated remains of the deceased at the Phrabatnampu Temple. After being cremated, the temple sends letters to the relatives to collect the remains. Most don&#039;t reply. If so the temple sends the remains via registered mail. More often than not, they come straight back to the temple.