Addressing the state of the state 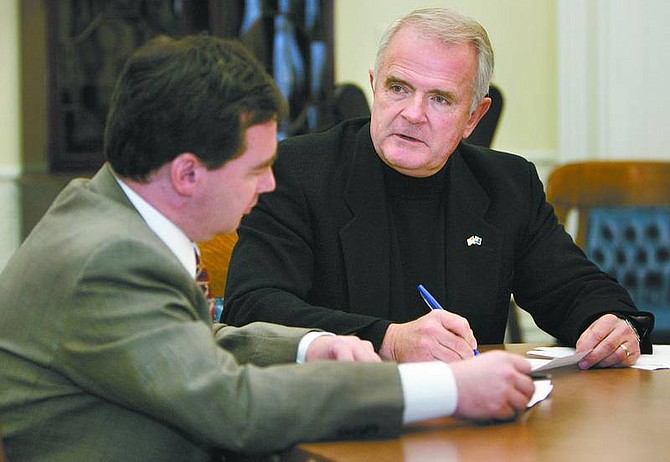 Cathleen Allison/Nevada Appeal Gov. Jim Gibbons works with his chief of staff, Mike Dayton, on Wednesday at the Capitol. Gibbons will present his State of the State address Monday evening, outlining his $7 billion budget plan.