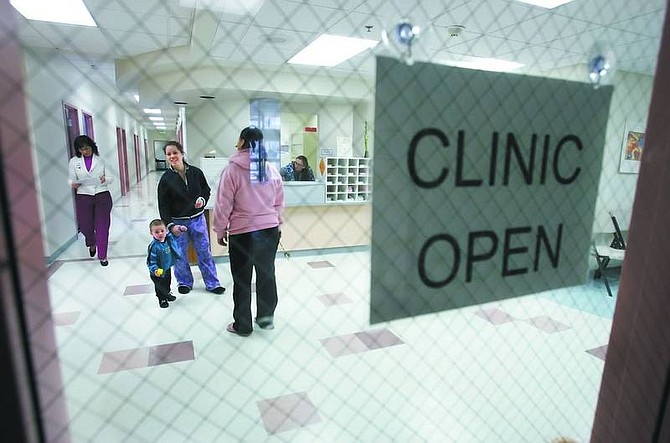 Chad Lundquist/Nevada Appeal Jesus Villa, 1 and a half, walks through the waiting room with his mom Reina while waiting for his first immunization at the Carson City Community Health Clinic on Monday. The clinic along with the Carson City Health and Human Services department moved to the 26,000-square-foot building in late December.