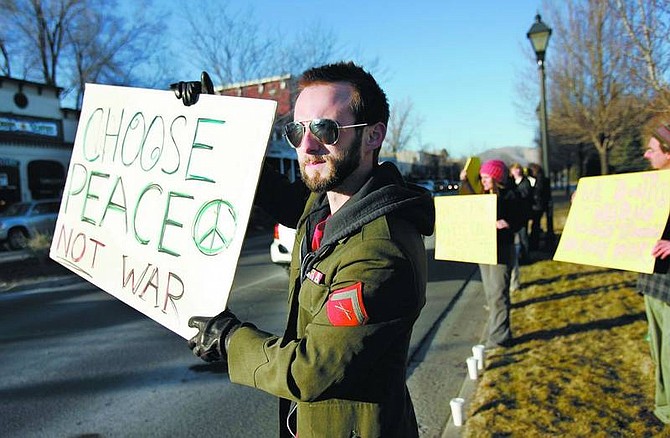 Former Marine Clint Darquea, 23, protests the war in front of the Legislative Building on Monday, Jan 15. Darquea is one of the organizers of a series of peace marches at the Capitol. The next march is scheduled for 12:30 p.m. today. Chad Lundquist/ Nevada Appeal