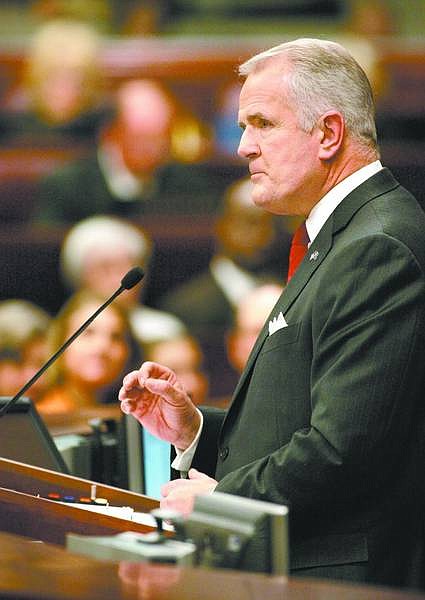 Cathleen Allison/Nevada Appeal Nevada Gov. Jim Gibbons gave his State of the State address Monday night at the Legislature. Gibbons unveiled a record $7 billion budget for lawmakers that does not include any tax increase.