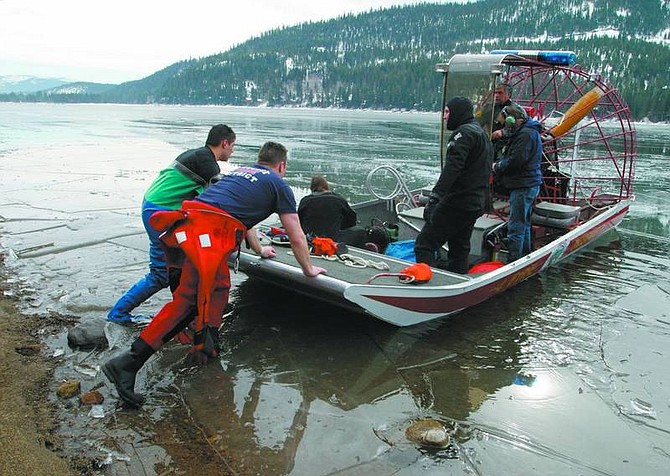 Emma Garrard/Appeal News Service Truckee Fire Protection District firefighters Ryan Ochoa and Eric Jitloff push a Fire Rescue boat out onto Donner Lake in an attempt to rescue a man who fell through the ice Friday morning. The body has yet to be recovered from the Lake.