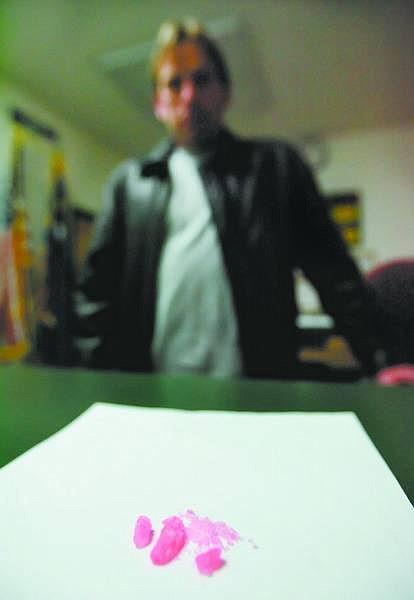 BRAD HORN/Nevada Appeal Sgt. Darrin Sloan, in background, says that &quot;strawberry quick,&quot; a designer methamphetamine product, is being manufactured in Sacramento. Sloan says dealers target a younger crowd with this colorful and pleasant-tasting drug. The amount shown here is $200 worth of the meth, according to Sloan.