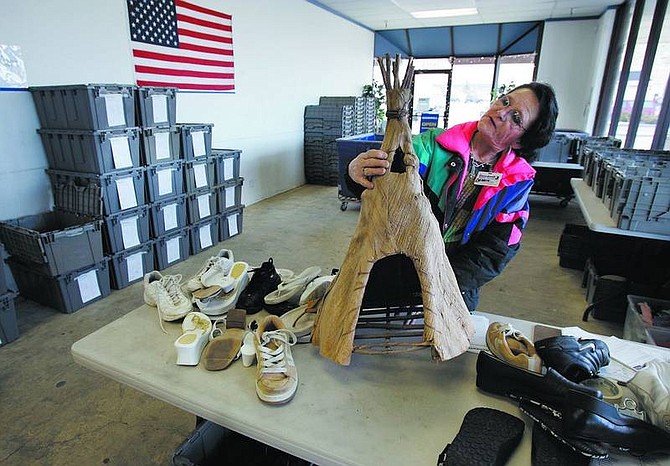 Chad Lundquist/Nevada Appeal Debbie Bedoy, employee for Goodwill Industries, looks over a wicker tee-pee at the donation center on South Carson Street on Monday. The nonprofit is seeking permission from planning commissioners to allow sale of secondhand goods at a store on North Carson Street.