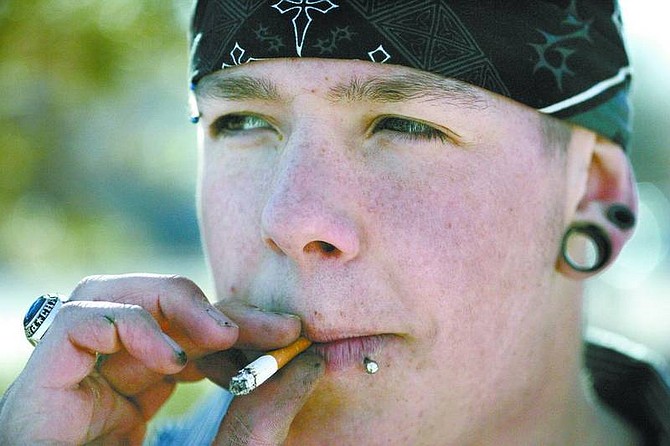 Cathleen Allison/Nevada Appeal Kyle Tsesmilles, 17, shares a cigarette with some friends at Mills Park on Tuesday afternoon. Sen. Mike McGinness, R-Fallon, has introduced a bill draft that would make it illegal for teens to possess tobacco products.