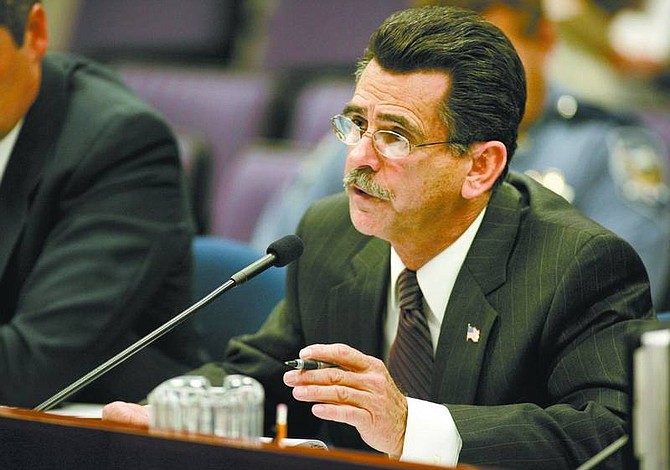 Cathleen Allison/Nevada Appeal Phil Galeoto, director of the Department of Public Safety, testifies before a joint budget subcommittee Tuesday afternoon at the Legislature.