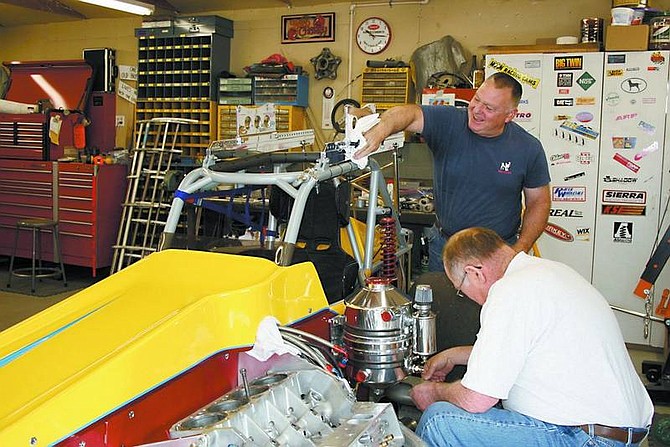 Rhonda Costa-Landers/Nevada Appeal Supermodified racecar No. 96 owner Courtney Lewis, seated, and crew chief Mike Burts, work on the racecar recently in preparation for the ASA/WSS 2007 season, which begins Apriil 28 at Madera Speedway in Madera, Calif. The car is just one of five out of Northern Nevada racing in the series.