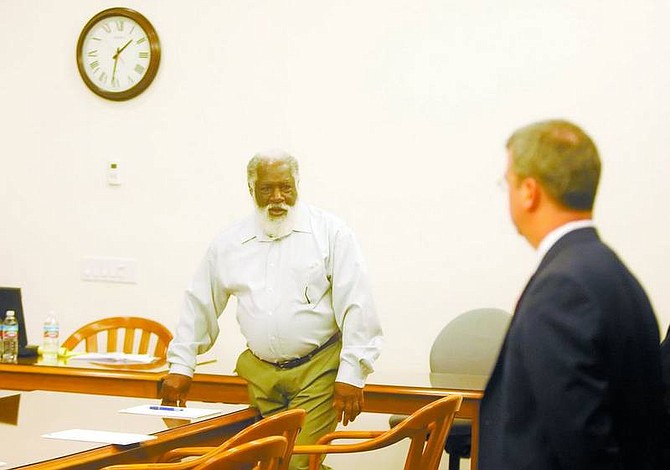 David Winfield Mitchell, 61, looks into the courtroom gallery during jury selection Monday at the Carson City Courthouse. He is charged with open murder in the 1982 killing of Sheila Jo Harris in Carson City. A citizen of Trinidad and Tobago in the West Indies, he was returned to the U.S. to face the charge in October. BRAD HORN/Nevada Appeal