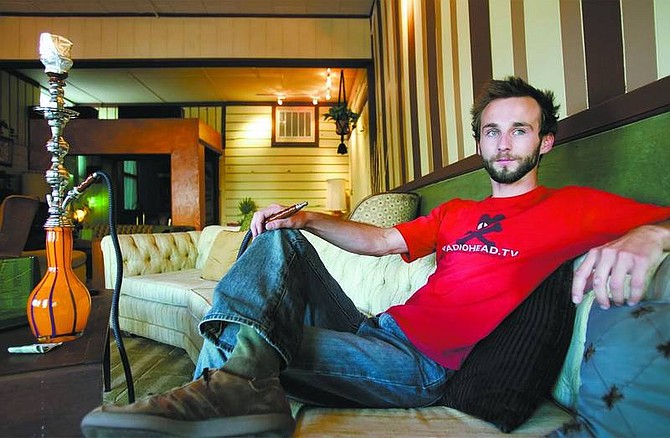 Chad Lundquist/Nevada Appeal Clint Darquea, one of the owners of Caterpillar&#039;s Hookah Lounge relaxes with a hookah at his store at 314 S. Carson St., on Tuesday. Darquea, said he&#039;s trying to create a relaxed, &quot;not aggressively anything&quot; atmosphere, that will appeal to everyone.