Rafting season on the Truckee begins 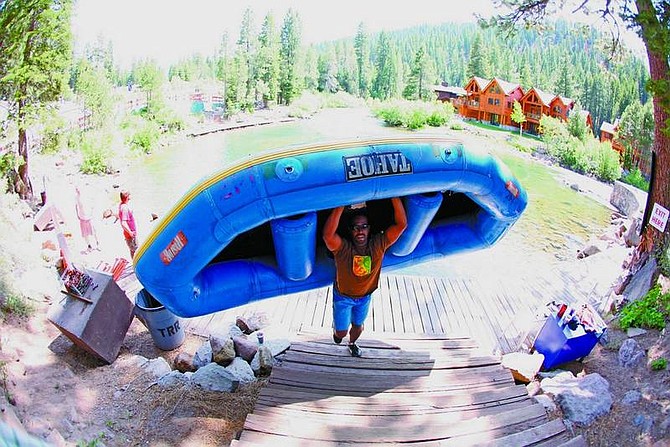 Ryan Salm/Nevada Appeal News Service Michael Nichols, manager at Truckee River Raft hauls a raft up the stairs to be transported back to the base from River Ranch on Wednesday.